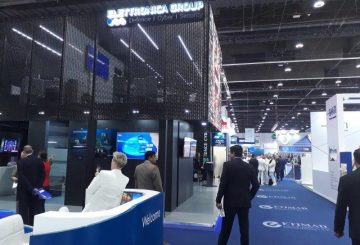 2021 is a year of anniversaries for Elettronica. The company is celebrating its 70th birthday and it is three decades since Elettronica began its partnership with the United Arab Emirates’ (UAE) armed forces. The company began providing the UAE with Electronic Warfare (EW) equipment in the early 1990s. This started an enduring partnership which has helped the Emirati armed forces develop some of the most sophisticated EW capabilities in the region.

The last three decades has seen the UAE face its share of security challenges. Elettronica has worked hard with its Emirati counterparts to ensure that personnel, ships, vehicles and aircraft are strongly protected by state-of-the-art EW systems that save lives and protect platforms.

Over the years, the company has been involved in a myriad of major acquisitions in the UAE contributing not only products but EW expertise: “We are honoured to have worked with the armed forces of the UAE in developing their electronic warfare capabilities for over 30 years,” said Enzo Benigni, Elettronica’s President and CEO: “We are looking forward to deepening this partnership in the future as the country faces tomorrow’s challenges.”

Elettronica is far more than its products. The firm is a solutions provider across the artificial intelligence, machine learning and cyber fields, leveraging these technologies and providing state-of-the-art solutions to our customers in the UAE, the region and beyond.

The ongoing Covid-19 pandemic has not reduced the company’s commitment. Elettronica will be exhibiting a host of services and products during this year’s eagerly awaited IDEX exhibition held at the Abu Dhabi National Exhibition Centre between 21st and 25th February.

Visitors can learn more about the long history of Elettronica’s involvement with the UAE on the company’s stand (06-B15) and discover the world-beating capabilities Elettronica provides to meet today’s and tomorrow’s defence and security challenges.

The firm is helping countries in the region leading the fight against unauthorised drone use and will showcase its ADRIAN counter drone system. Mindful of the maritime security challenges faced by the UAE and other regional actors, the company is exhibiting its naval electronic warfare capabilities and services, along with its EDGE escort jammer protecting aircraft and strike packages from the advanced air defence threats proliferating throughout the region.

The long and successful partnership enjoyed by the UAE and Elettronica is testament to the quality of the company’s ITAR-free and competitively priced solutions, services and products. Elettronica is looking forward to further deepening its partnership with the UAE in the future.

Elettronica has been at the forefront of the Electronic Warfare sector for almost 70 years, supplying over 3000 high-tech systems to the armed forces and governments of 30 countries. The Elettronica systems are designed for a variety of key operational missions, from strategic surveillance, self-protection, Sigint, electronic defence and operational support for air, naval and land applications.

The company boasts a strong list of successful national and international collaborations on all major modern military platforms like the Tornado fighter, the Eurofighter Typhoon, the NFH-90 helicopter, the Italian PPA platform, the Italian and French ships Horizon and FREMM, and a wide range of projects in various countries worldwide. A company part of Gruppo Elettronica that also includes CY4GATE, specialising in Cyber EW, Cybersecurity, and Intelligence, and Elettronica Gmbh, a German subsidiary specialising in the design of Homeland Security systems. 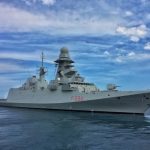 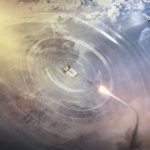 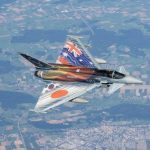 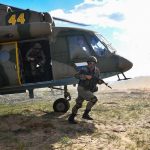 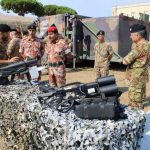 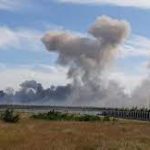 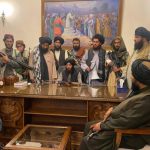 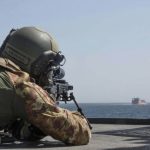 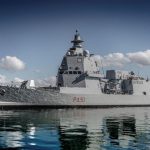 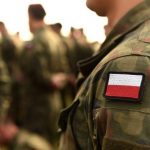